I had a total of 1.75 days of annual leave at my new job and had always planned to take them.  In fact, had planned to take additional unpaid leave too if possible. When the kids have school, I have to wake everyone up, get everyone ready and drive to where people are supposed to be - SE to kindy and JE to my parents' place. After that I see absolutely no point in taking leave... what could I be doing anyway - drive myself back home again to sleep?  Hehe. Oh, I did consider delaying starting the new job to Jan 2019 instead. But since I'd already decided to change job at that point in time, might as well just do it.

So planned the trip and applied for my leave. It happened to be a low period in the project schedule so timing was perfect.  And all in the nick of time too.  On Day 1, my boss called asking if I could cancel my leave and help at another project instead.  If our trip hadn't been already booked (not cheap at RM600 a night too!), I'd never have managed to arrange another for this holidays!

First we stopped by the Genting Premium Outlet. Not bad at all, the style was like outlet malls overseas. 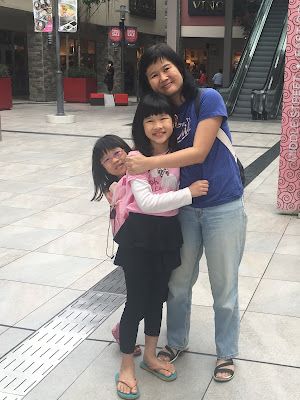 We are happy to be here!


Prices weren't that good although hubby did find something to buy (he's the shopaholic between the two of us).  The kids were in high spirits although stingy mummy wouldn't let them buy toys. 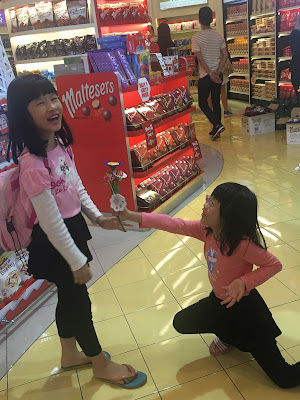 Will you marry me... 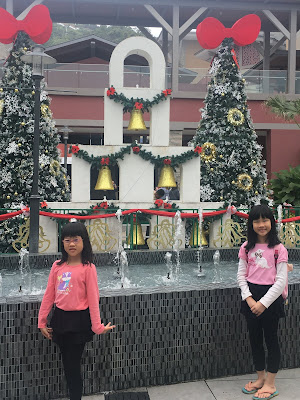 Joy to the world

It was a nice place to visit indeed for one time, especially with Xmas deco up. SE was posing following the penguins. 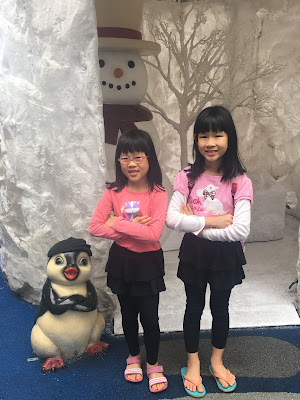 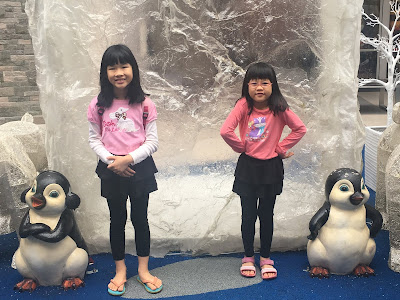 
So what do we do when in Genting... lounge around in the room, eat.  We enjoyed food at our usual haunts. 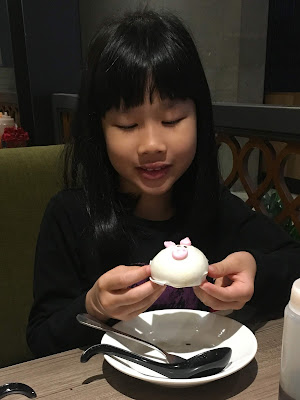 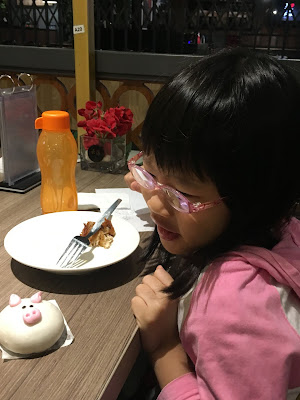 How are you, Mr Piggy?

The theme for Xmas was Pokemon. 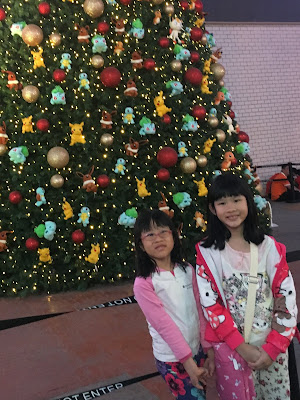 With the Pokemon Xmas tree! 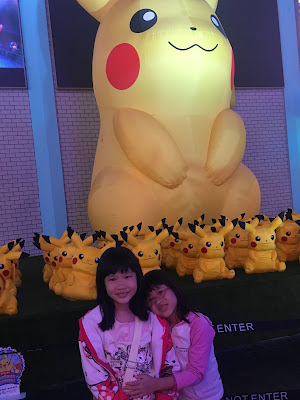 Pikachus in the house!

Things aren't cheap in Genting.  The girls got to play at the arcade area with real money for the first time.  Before this the poor kids had to just stab at buttons and pull stuff that didn't work hehe (stingy mummy again).  Money doesn't go far at all there... a try to catch a toy is RM4 for e.g. and chances of success is minimal.  There is an indoor ride area now, but rides are RM15 a pop.  At RM30 for two kids.... actually the arcades start to sound more attractive!  Many didn't seem to mind though - there were queues both to buy tickets and for rides.  I quickly herded the kids away ASAP hehe.

The kids are on their year-end school holidays. Normally when school is off, that's when I will take leave.  I can't do that much this round since I started my new job (still getting used to it! New people, new environment, new bosses) in the last month of the year and thus have very little annual leave.  The kids mostly still go over to my parents - the cousins are there as well so they have playmates.  Last week hubby had the kids at home while I went to work.  At lunch with my new workmates, a few messages came in from my maid Jane.  My first instinct was to panic... did something happen to the kids?  While hubby was out for some reason?

Instead the messages contained these photos... Jane let the kids 'help' with cooking.  They were excited and insisted on Jane taking photos of them. 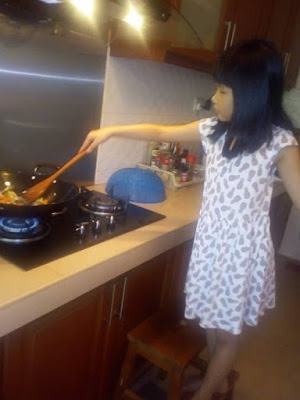 Fry fry for the pasta sauce 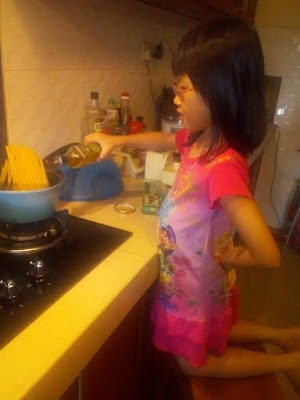 Pour this thing into the pasta

Shift focus to food now, heh. Besides our old favourites, the best discovery was BBQ Lamb Ipoh.  Loved this place!  The environment, the food... there was even a big playground for the kids (my photos didn't turn out well in the dim light). 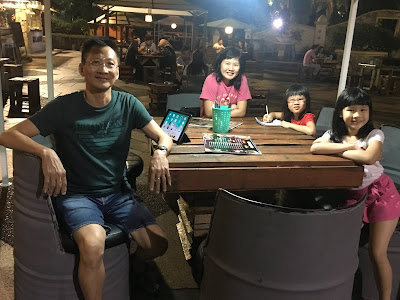 Hello from all of us! 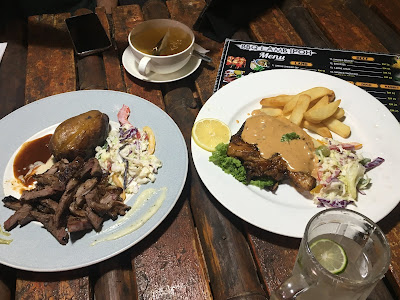 Lamb cuts and grilled chicken. Didn't bother with photos after that


Had dimsum at Li Yuan near the apartment. It wasn't quite to our tastes, must try another place next time. 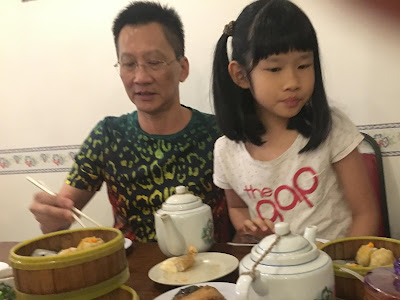 What shall I take next...

The girls bug us for slurpies/slushies now that they have had a taste of those during our previous holiday. 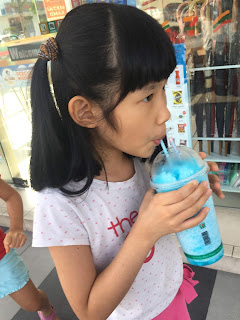 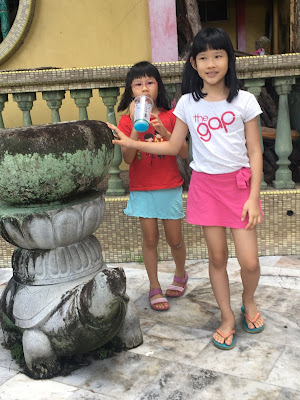 My turn now with the slurpee


Breakfast for the last day at Moon de Moon as our nearby target happened to be closed.  Some of the places on my list this time was closed for some reason even though I'd checked beforehand.  This place made up for missing the kai si hor fun at Kong Heng (that and the pork satay must be closed on Wednesdays).  JE enjoyed her Western breakfast.  She almost finished it even without sharing with SE, who was not feeling well that day. 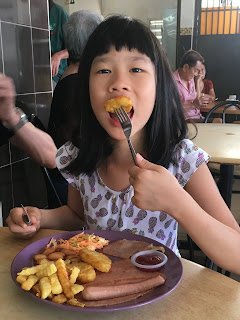 Between my last day at work and start of the new job, managed to squeeze in a holiday in Ipoh for the kids. Time flies, it had already been 2 years since our last trip.  Objectives were simple: food and play!

I planned in order to maximise meals there haha.  Reached and had lunch at Dai Shu Geok (I like the yongtaufoo, hubs likes the roast pork), then picked up swiss rolls and headed to our airbnb apartment. 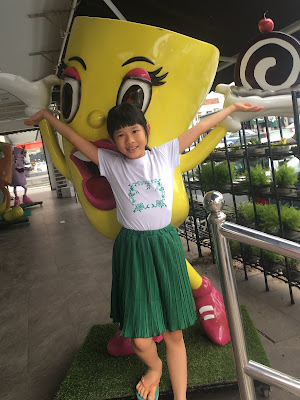 
The girls were thrilled to be reunited with the play area.  They will outgrow these in a few years, so must bring them more often.  They happily spent the time there until dinner time. 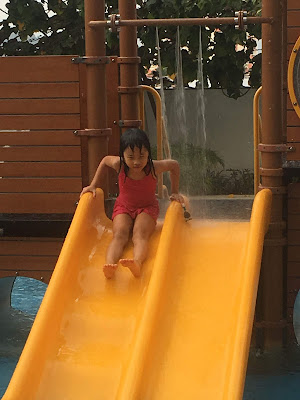 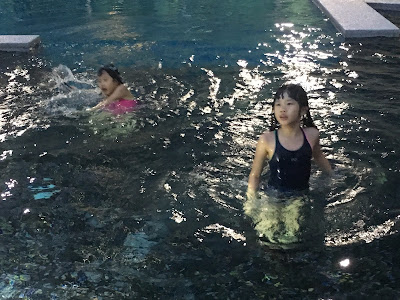 Next day, we went around a few places.  First up, Sam Poh Tong for the girls to feed turtles.  They tried to get the tomatoes to the smaller turtles, and SE ended up in tears as hers all got gobbled up by the big turtles. What to do... her aim wasn't good enough to target the 'baby turtles'.  JE managed to gets hers mostly at her targets. 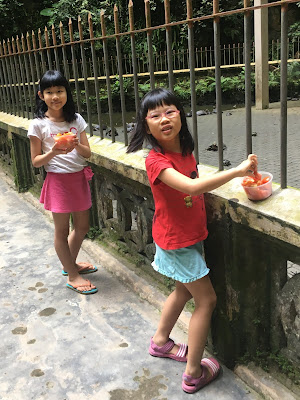 The calm before the storm hehe

As usual, it was the fish next.   It's nice also to come back to this place regularly. 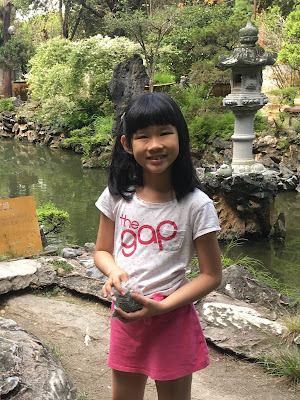 Next was wandering around Concubine's Lane.  Bought various snacks and stuff. 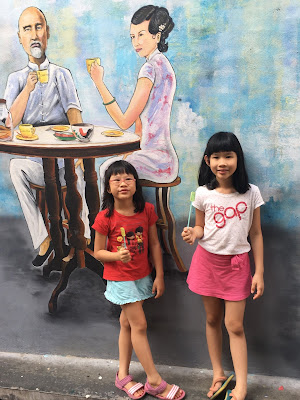 Take a picture of us! 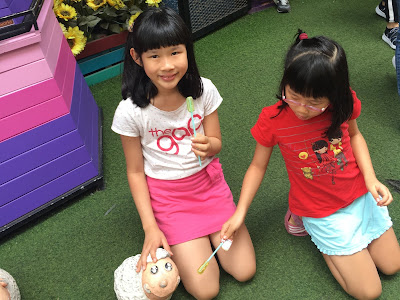 Let me feed you, lambie 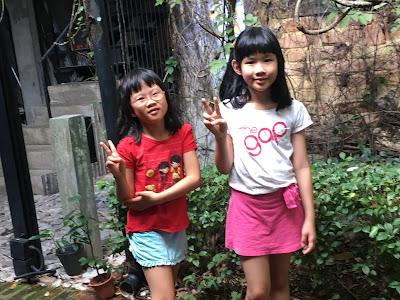 We wish you peace

Part of Ipoh's charm for me is the nostalgia.  Like visiting Seenivasagam park, where my family went many, many times in our childhood.  Maintenance of it is not bad at all. 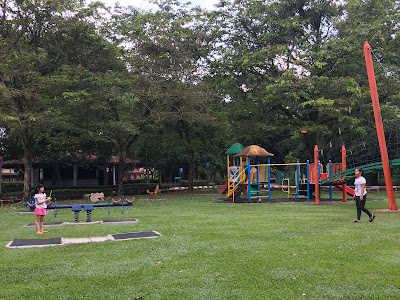 I launch, you catch my UFO ok?


The weather was just perfect that day. 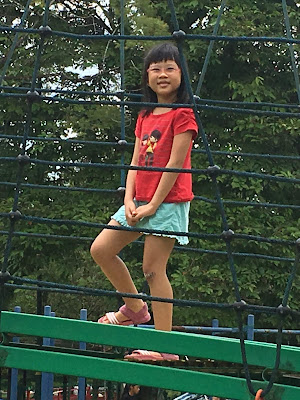